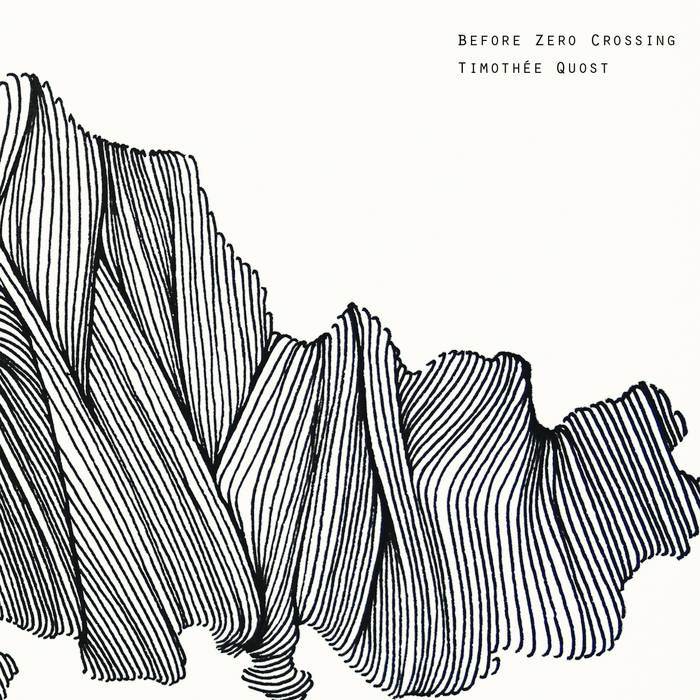 With this new album, French-born Timothée Quost presents the fruit of his solo work led by the years of travels, and solitary and rudimentary life experiences. Firmly anchored in the soundscapes of Copenhagen, 'Before Zero Crossing' lays out new music, noise-filled and social, always on the edge of something more. This recording, like a logbook, relates to the place, the people with whom his paths crossed, new companions or old friends. There are many elements articulated around the instinctive and powerful playing of Timothée Quost, just like the trunk of these branches of life being born / dying into infinity.

All music by Timothée Quost

Executive producing by Tomo Jacobson / Gotta Let It Out

Thanks to: Bjorn Ross from KoncertKirken; Bernhard Lange from Paul Lange & Co. and Le Centre Régional du Jazz en Bourgogne for the financial support; Julien Podolak, Lotte Anker, Mika Persdotter, Pierre Juillard for having contributed to this album. Special thanks to Pierre Vinay, Gaelle Cessey, and my parents.

"If there is a thread in the work of Timothée Quost, it is that of the profusion of images that his music offers. It leads us on this journey that is the quest for transformation, it offers each time a new experience to live, until the masterful finale, an epilogue that resonates like an alarm clock."
(Raphaël Benoit - Citizen Jazz - France)